Gender-Based Violence and HIV in Asia and the Pacific 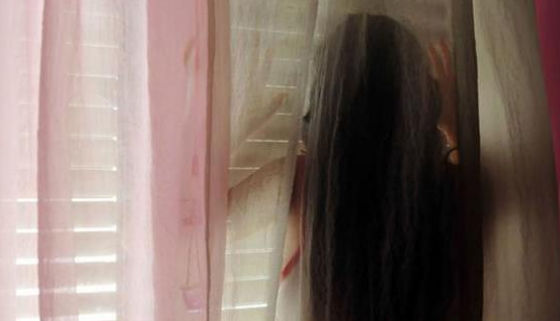 Gender-based violence (GBV) as a cause and consequence of HIV:

Across Asia and the Pacific, key populations - including sex workers, men who have sex with men, transgender people, people who inject drugs, as well as persons living with HIV - are subject to gender-based discrimination and violence. Violence or the fear of violence can increase the vulnerability of key populations to HIV by making it difficult or impossible to set the terms of an equal relationship. It is more difficult for individuals to refuse sex when in a relationship, to get their partners to be faithful, or to use a condom.

Violence can also be a barrier for key populations in accessing HIV prevention, care, and treatment services. This in turn limits their ability to learn their HIV status and adopt and maintain protective measures ranging from negotiating safer sex to getting and staying on treatment.

Data on GBV and HIV in Asia and the Pacific:

Available data and analysis on GBV and HIV in the region can be found on the HIV and AIDS Data Hub website. This includes information on groups affected by GBV, including women from key populations, transgender people, men who have sex with men, women and men living with HIV, young key populations, adolescents and children living with HIV. To find out more, view or download the following:

Gender-based abuse and violence towards key populations (including people living with HIV) occurs in various public and private settings. These include the home (intimate partner violence); within the community (such as on the streets), other public spaces (health-care settings), places of work; and state-run institutions (e.g., health and social welfare facilities, police stations, among others).

Addressing the twin epidemics of GBV and HIV:

This involves a two-pronged approach of:

The balance between the two prongs will depend on the local context, such as the legal status of key populations (e.g. whether mainstream GBV services are even permitted to provide services to them). Combined, these approaches can add up to increased GBV awareness, information, support and services for key populations. The following resource provides more information on how this twopronged approach can be applied in concentrated HIV epidemic settings:

More resources are listed in the ‘Publications’ section available at:
http://www.aidsdatahub.org/Thematic-areas/Gender-based-violence

WHO: Violence against women and HIV
http://www.who.int/reproductivehealth/topics/violence/hiv/en/

UNDP: Linkages between violence against women and HIV in Asia and the Pacific http://www.asiapacific.undp.org/content/rbap/en/home/library/democratic_governance/hiv_aids/discussion-paper-- linkages-between-violence-against-women-and-hi.html

UNAIDS Data 2020 in Asia and the Pacific

UNAIDS Data 2020 in Asia and the Pacific

We’ve Got the Power — Women, Adolescent Girls and the HIV Response

We’ve Got the Power — Women, Adolescent Girls and the HIV Response

WHO Recommendation: Elective C-section Should not be Routinely Recommended to Women Living with HIV

WHO Recommendation: Elective C-section Should not be Routinely Recommended to Women Living with HIV

HIV and the Law: Risks, Rights and Health – 2018 Supplement

HIV and the Law: Risks, Rights and Health – 2018 Supplement

Technical Note on National and Sub-National HIV Estimates and Projections

Technical Note on National and Sub-National HIV Estimates and Projections